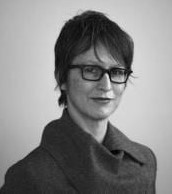 Before being called to the Bar in 2003, she practised as an attorney in the trademark litigation department of Adams and Adams. Her practice includes tax law, general commercial disputes, and administrative law disputes. In 2015, she was accredited as a commercial mediator by both Conflict Dynamics and the UK-based international dispute resolution center, the Centre for Effective Dispute Resolution (CEDR). Her mediation practice areas include intellectual property law, income tax, administrative law, commercial disputes, and medico-legal disputes. She has advised parties in commercial mediations and has attended a Conflict Dynamics medico-legal mediation workshop in 2017. She regards mediation as a creative and powerful process to resolve disputes which may favour all parties to the dispute. Usually, solutions that suit all the parties are not available to the courts or arbitrators Adv.

Southwood is available to act as a mediator throughout South Africa. She is fluent in English and Afrikaans.