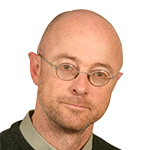 Adv Hendrik Kotze is an expert in dispute facilitation and management. He is attached to the Africa Centre for Dispute Settlement at the University of Stellenbosch Business School as a Senior Researcher, and also to the ACCORD Group, a South African non-profit trust working in the field of peace building in Africa. Hendrik studied law at Stellenbosch University where he completed his B.Comm, LLB and LLM degrees. He also holds a LLM degree from the University of Cambridge, and has completed a Diploma in Business Analysis. After a year's fellowship with the Legal Resources Centre in 1991, he was in private practice as an advocate and member of the Cape Bar until 1997. He then joined the Equillore Group (1996 to 2009) as a Director and later as CEO, where he obtained extensive experience in executive management, and specialist skills in dispute system design and dispute management. Hendrik is a qualified mediator with international accreditation (UK and South Africa). He currently serves as the Chair of South Africa’s Dispute Settlement Accreditation Council [“DiSAC”], a body that regulates accreditation and practice standards for the mediation industry in South Africa. He has experience in developing, facilitating and managing multi-party dispute processes, aimed at resolving long term / entrenched conflict. Hendrik works as a Senior Consultant and Project Leader on a number of capacity building and development projects on Africa. These projects focus on the effective management of dispute, and the development of dispute systems and capacity. Clients include international donors, regional entities, national government departments, and commercial companies. His skills include policy development, business process design and development, mentoring, skills development and training, as well as hands on dispute management. Hendrik teaches on the International Arbitration module on the LLM program at North West University in South Africa. He also teaches on the Post Graduate Diploma in Dispute Settlement at the Stellenbosch Business School. He is regularly invited to sit on panels to evaluate doctoral students in the field of ADR, is a regular speaker at regional and international conferences on mediation, dispute systems development and dispute management, and publishes in this field. Hendrik has excellent and on-going exposure (through fact finding visits, and academic and operational contact) to dispute management practises in a number of jurisdictions outside of Africa (including Singapore, Australia, New Zealand, Sweden, France, United Kingdom, Indonesia).