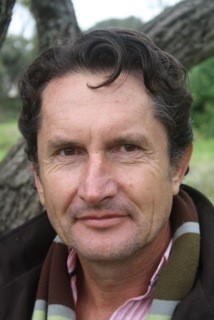 Barney Jordaan holds a Doctorate in Law from the Stellenbosch University, South Africa. Barney was a professor of Law at Stellenbosch University, specialising in Employment Law until 1997, when he swapped Law to become more of a 'pracademic', teaching negotiation, conflict resolution and mediation at a number of business schools in South Africa and abroad while continuing to keep a foot in practice. He was appointed professor at Vlerick Business School, Belgium in 2014 where he continues to teach in the field mentioned.

Prior to moving to Belgium in 2014, Barney held a number of academic appointments in South Africa. These included 14 years as a professor of Law at Stellenbosch University and thereafter as professor of negotiation and conflict management at the University of Stellenbosch Business School and the Graduate School of Business (University of Cape Town). Barney is also the co-founder of the Africa Centre for Dispute Settlement at the USB. In conjunction with his academic involvement, Barney also practised as a human rights lawyer in South Africa during the apartheid era before co-founding a consulting firm in 1998 which advises blue-chip clients on conflict management strategies, negotiation and related matters.

Barney has been involved in the mediation field since 1987 as a practising mediator, trainer, academic and author. He served as a part-time senior commissioner with the CCMA and a number of bargaining councils for many years. Barney is a certified mediator with the International Mediation Institute; the Africa Centre for Dispute Settlement; the ADR Group (UK); and CEDR (UK). Between 2011 and 2014 he also acted as an external consultant to the World Bank Group’s Office of Mediation Services.

Apart from teaching and research, Barney has been involved in the practice of mediation and conflict resolution since 1989. He is accredited as a mediator with Conflict Dynamics, CEDR and the International Mediation Institute. He continues to train, consult and teach work in the negotiation and dispute resolution fields in various parts of Europe as well as South Africa.