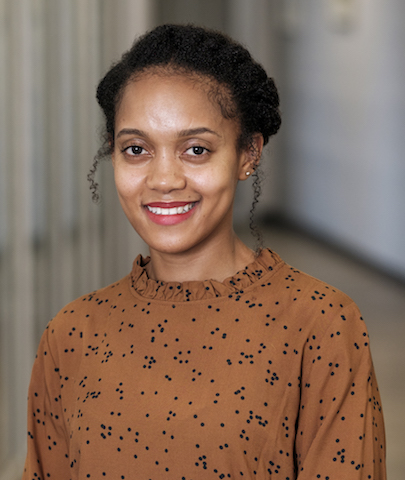 Robin started out with Conflict Dynamics as an intern. She now works with us as the Project Co-ordinator assisting in the delivery of major training projects and dispute resolution services. Robin holds a Bachelor of Arts degree in Social Sciences, an Honors degree in Political Science and an MA degree in Conflict Management and Transformation, from the Nelson Mandela University. Her thesis topic was: “The management of conflict between employees: A case study of an Information Technology company in Johannesburg". Robin is passionate about serving and giving. She is a part of an NPO called Releasing Eagles, which is a development program providing mentorship for young girls and boys. Robin serves as a mentor as well as the regional mentor coordinator.

August marks Women’s month, a time in which we commemorate the iconic freedom fighters and political activists who fought in the struggle against apartheid.

Women’s month is a tribute to the 20 000 brave women who marched on 9 August 1956 to the Union Buildings in Pretoria to challenge inequality and oppression on the basis of race and gender and to petition against the enforcement of black women needing to carry an identification document. This internal passport, the 'dompas', under the Pass Laws Act of 1952 served to maintain segregation by controlling and restricting the freedom of movement of black people under the apartheid regime. This mass demonstration was organised by the anti-apartheid Federation of South African Women (FEDSAW) and led by Lillian Ngoyi, Helen Joseph, Rahima Moosa and Sophia Williams. Their aim was to strengthen the voices and influence of women of all ethnicities in the struggle for a democratic society.

The protest was scheduled for a Thursday, the day on which African domestic workers had their ‘day off’. This ensured that there would be large multicultural groups of women to march. The protest was supported by mothers, daughters, sisters and friends who decided enough was enough and came together to initiate change by handing over a petition containing more than 100 000 signatures opposing the introduction of passes for African women. During the procession, the thousands of women stood silently outside the Union Buildings for 30 minutes in a powerful display of unity and solidarity, this was followed by a protest song composed in honour of the occasion, ‘Wathint’ Abafazi Wathint’ imbokodo!’

As Conflict Dynamics pays tribute to the heroes of the past and celebrates National Women’s Day, we are also reminded of the present realities and issues that women in South Africa and across the world still face. Issues such as gender-based violence, discrimination, unequal pay, harassment at the workplace, access to sanitary products and fair access to education. The plight of women globally has never been easy and for black women in particular the burden remains heaviest. The COVID-19 pandemic has shown us that our struggles continue.

In South Africa, gender-based violence has been a visible pandemic for a long time with women and girls being violated and abused on a daily basis with their needs and safety neglected.

Women are more likely to be unemployed and underpaid, yet they contribute about 50% of the country’s GDP. Period poverty affects 30% of adolescent girls and young women by preventing them from going to school and work due to a lack of access to appropriate health services.

Women and girls are also at a disadvantage in attaining quality education. Because of the patriarchal nature of South African society, women tend to occupy a lower social status than men and are socialized to work in the home and be mothers. This deemphasizes the importance of receiving an education. Women are entitled to live in dignity, safety and security. Empowering women and girls is an indispensable tool for advancing development and reducing poverty. Women who are healthy, educated and in charge of their lives contribute to the health and wealth of families and communities.

The women of 1956 have taught us that our fight for equality should not be exclusive. Their sacrifices made the ground fertile and now it is our turn to continue fighting the good fight against injustices, marginalisation and gender-based violence. Our constitution and many South African statutes include provisions for equality which were negotiated in 1994 and that should be brought to full effect. It is up to us as South Africans to take up the space that the month of August offers by joining in the celebrations and conversations as a form of activism for future generations.